In an Instant: Drowning Is Quick (and Quiet) - Stop Drowning Now

In an Instant: Drowning Is Quick (and Quiet)

In the time it took to read the headline, a young child could drown. Drowning can extinguish a life in mere seconds. Actual times differ depending on the source, but there’s no dispute that it can happen in the blink of an eye.

In addition to being a quick process, drowning is not the dramatic, Hollywood version of a person frantically thrashing about in the water to call attention to their situation. Instead, the drowning process is more subtle in most cases. While a trained lifeguard will more easily notice the signs of drowning, hundreds of children drown every year within the eyesight of a parent because most people don’t recognize the signs of drowning.

The Stages of Drowning

Although drowning happens very quickly, it does take place in stages. The stages can take between 10 and 12 minutes before death occurs, or even more rapidly in the case of a child. People in water distress exhibit something called “Instinctive Drowning Responses.”

Attempting to Call for Help

Attempting to Motion for Help

Drowning people cannot voluntarily control their arm movements throughout the Instinctive Drowning Response, so they’re unable to wave for help. Instead, nature instinctively forces them to extend their arms laterally and press down on the water’s surface. They press down on the water’s surface to leverage their bodies so they can lift their mouths out of the water to breathe.

Physiologically, drowning people struggling on the surface of the water cannot stop drowning and perform voluntary movements such as waving for help, moving toward a rescuer, or reaching out for a piece of rescue equipment.

From beginning to end, during Instinctive Drowning Response, people’s bodies remain upright in the water, with no evidence of being able to kick. Unless rescued by a trained lifeguard, these drowning people can only struggle on the water’s surface from 20 to 60 seconds before their bodies are submerged.

Infants Have a Heightened Risk of Drowning

Babies don’t have much neck and muscle control, so even if a small amount of water covers their nose and mouth, they won’t be able to breathe. And infants can drown in as little as just one or two inches of water.

Unfortunately, bathtub drownings happen during a lapse in adult supervision in many cases. Even if you are using a supportive infant tub or bath seat, it can tip over, and children can slip out of them and drown in even a few inches of water in the tub.

How Much Time Do You Need to Save a Drowning Person?

Saving a drowning person requires a quick response. For example, to save the life of a drowning person, a lifeguard has about as much time as it takes to cook a soft-boiled egg or roughly three minutes.

Notice we said a lifeguard. That’s because you should never go in the water to save someone unless you are trained in life-saving techniques. And if you do go out, if you are trained, you should always bring a flotation device with you. Otherwise, it’s likely and very common for drowning people to pull you down with them.

We Can All Prevent Drowning

Unintentional drowning is preventable. Request a free water safety presentation to share with your community, school, business, etc., to help educate everyone about drowning prevention. Learn more about drowning and prevention programs and use our Water Safety Checklist to keep children safe and avoid the pain of losing a child due to drowning. Together we can save lives and heartache. 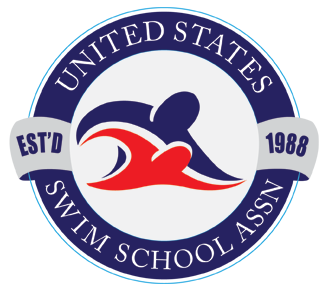